I apologise for the delay in writing this. The morphine fairies wouldn’t let me function !

After a restless night with very little sleep, the alarms around the house broke the silence at 0445 and we all dragged ourselves out of bed and into the car for the 66 mile journey to Oxford, watching the darkness slowly turn day as the morning moved on. I drove the journey there as it is to be my last driving for sometime. We arrived with 20 minutes to spare before admission time and even if I could have had a coffee, nowhere was open anyway.

It wasn’t too long before I was shown to a bed, where we were pretty much greeted straight away by the anaesthetist. We discussed the General anaesthetic but he also mentioned about creating a nerve block below knee while I was asleep, to provide adequate pain relief when I wake up.

I was then measured and fitted for my sexy new stocking, right before my consultant arrived to discuss the plan of action of the day ahead. Everything was moving ahead so quickly, like some kind of speed train, minus the breaks!

Having enquired several times about where I was on The theatre list, I was still unable to ascertain what time I would be going down as the theatre list was forever changing.

I was assured it wouldn’t be much before 1pm, so with this in mind I sent out Wayne and the girls for coffees and breakfast, giving me the perfect excuse to shut my eyes and catch up on the sleep I had missed out on the night before.

I was woken by the return of my family, just before after 11am followed shortly by the theatre Porter that has come to take me to theatre. Except I wasn’t ready. I wasn’t in my gown or anything. Theatres had changed the list, meaning was going earlier than planned. I didn’t mind this so much because it meant that I had less time to worry about things.

11:58 …. the last time I saw on the clock in front of me in the anaesthetic room before being put to sleep. I had said my goodbyes to my family at the doors and I was working out how long it would be before I saw them again, then it all went blank!!

My next recollection was being woken up in an unfamiliar room, bleeping sounds echoing around me and a nurse trying to rouse me. Disorientated and confused I managed to look down and see the evidence of what had been done to me as I was greeted with a purple cast. I wasn’t in any pain, and I certainly didn’t feel groggy. All I wanted to do was sleep.

I don’t remember too much about seeing my family after my operation. So don’t think they stayed all that long, as I think I was very sleepy.

I do remember the ward was awfully noisy. Lots going on around me. A young girl was in tremendous pain since returning from theatre and resulted in several medical emergencies and her subsequent admission to HDU.

Despite the traumatic surgery my foot had just undergone I was in very little pain. I remember lay there thinking I had it easy. But I was warned by one of the doctors that I would feel it once the block wore off. Even though I was pain free I still found it exceptionally difficult to get to sleep, so I stayed awake … chatting for my neighbour in the opposite bed.

One thing I hadn’t considered in all of this…. how on Earth was I going to get to the bathroom when I needed to go? The fullness of my bladder was screaming at me for relief. I called the nurse, and she presents me with a bed pan!!! I’m 38 years old and feeling the indignity of having to use one of these contraptions on my bed while trying to master the art of not overfilling it or allowing it to tip over as I lifted my bottom

I’m not completely incapable of using the bathroom. I may require some support and a assistance. Besides the very next day they had every intention of getting me up to show me how to get around the bathroom independent. I imagine it would have made life so much easier for the poor nurses in our bay on this first night post op!

With out The professionalism and support of all the wonderful nurses, doctors, porters and everyone else I don’t know what kind of a state I’d be in 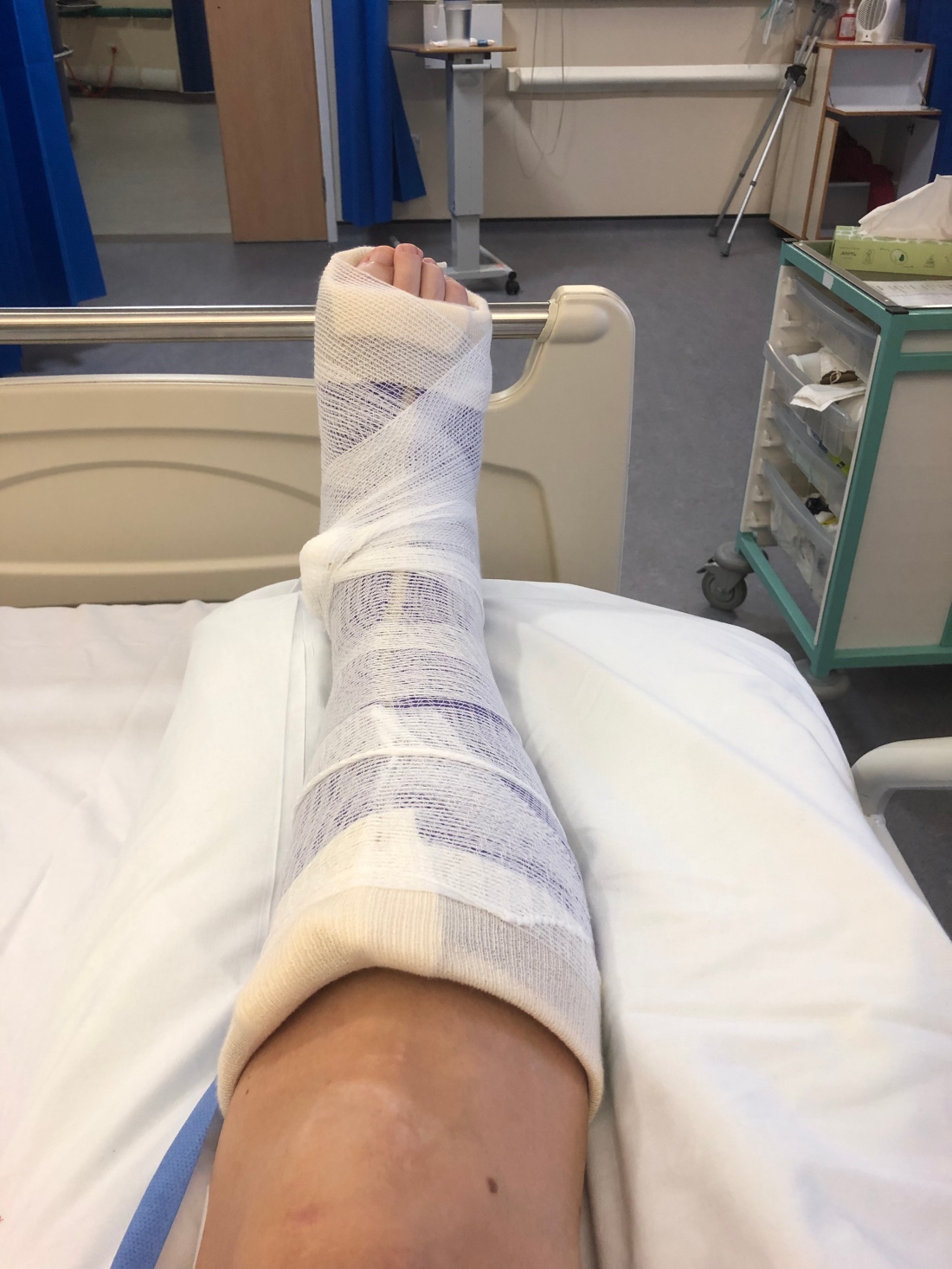 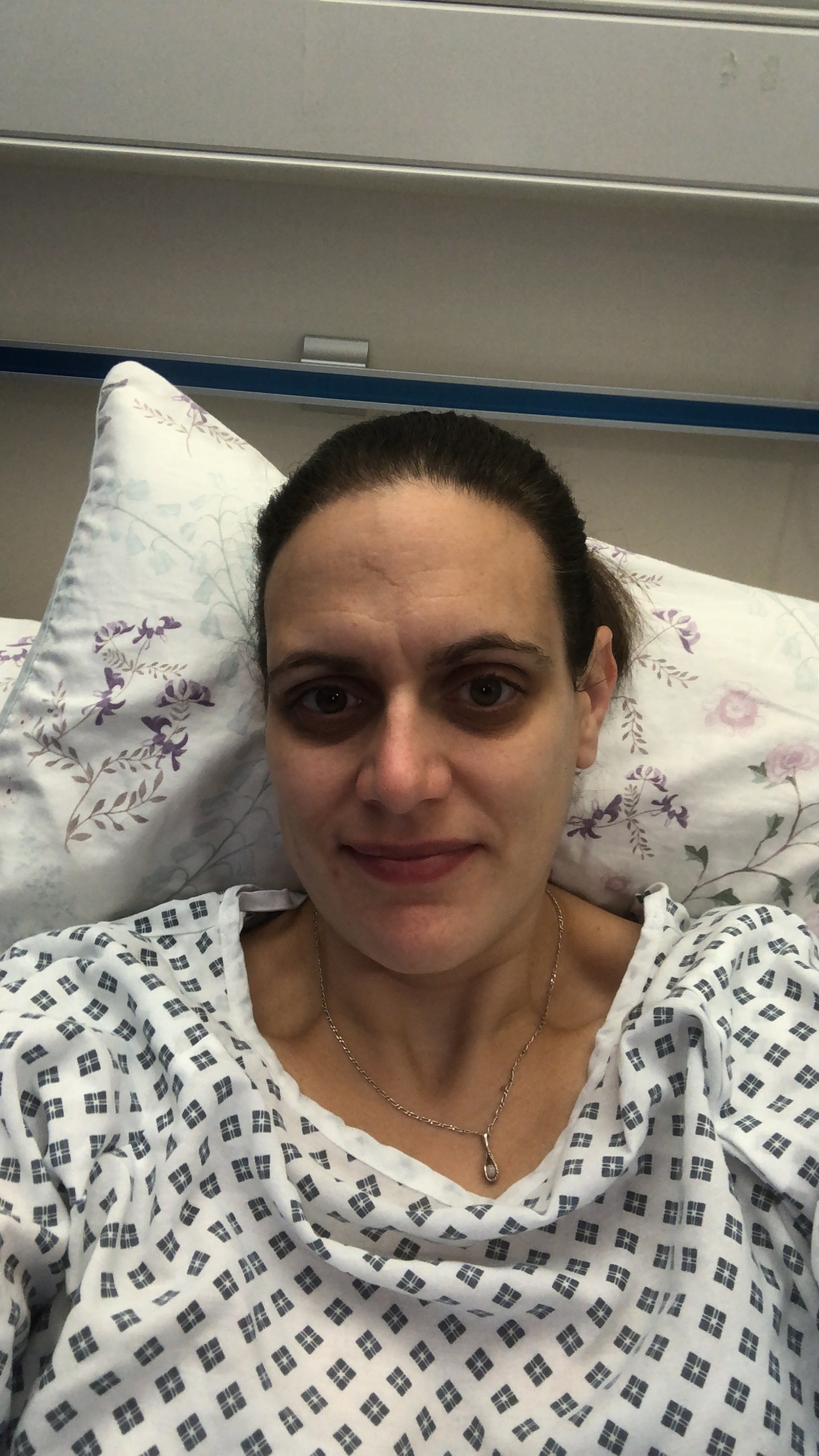